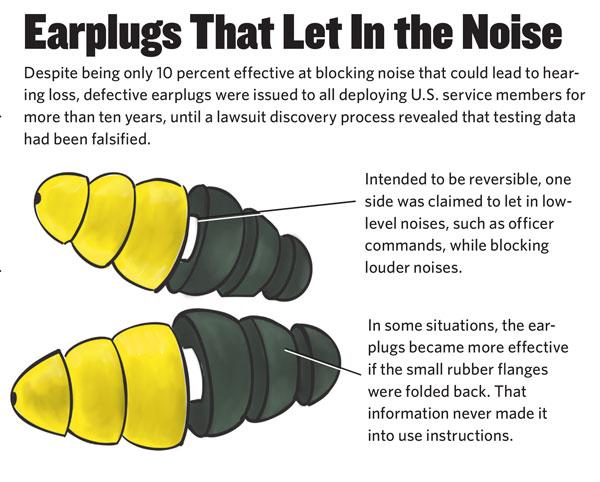 3M is accused of knowingly manufacturing and distributing faulty earplugs to the military.

When asked if it was OK for Aearo, a company owned by 3M, to sell a product and conceal information that would have a negative effect on soldiers, Martin Salon, the former vice president at Aearo, replied, “Yes.”

The negative effect service-members and combat veterans have reported include: