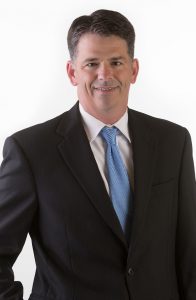 Bobby J. (Brad) Bradford has been a partner at Aylstock, Witkin, Kreis & Overholtz since he joined the firm in 2009. Brad’s practice is devoted exclusively to handling personal injury and wrongful death cases involving unsafe and dangerous products, automobile, trucking and motorcycle accidents, premises liability and insurance claims. In addition to heading up AWKO’s Personal Injury department, Brad is also heavily involved in the firm’s Stryker Rejuvenate and Transvaginal Mesh litigations.

An aggressive advocate for the rights of victims to pursue justice in the courts, Mr. Bradford has been recognized by Florida Trend magazine as a “Legal Elite” and by Florida Super Lawyers as a “Rising Star” in the area of personal injury law, representing a high degree of peer recognition and professional achievement for his work as a trial lawyer. Brad has obtained numerous multi-million dollar settlements and verdicts on behalf of his injured clients.