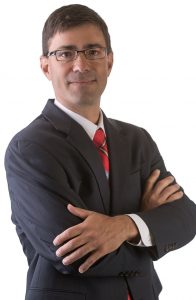 Most recently, Mr. Kreis was appointed by Judge Clay D. Land, of the Middle District of Georgia, as Co-Lead Counsel over the transvaginal mesh related Multi-District Litigation IN RE MENTOR CORP. OBTAPE TRANSOBTURATOR SLING PRODUCTS LIABILITY LITIGATION MDL Docket No. 2004 4:08-MD-2004 (CDL). Within this role, Mr. Kreis has actively litigated a large docket of cases, while assisting law firms around the country with the over-all prosecution of claims against Mentor Worldwide, a subsidiary of Johnson & Johnson.  Mr. Kreis has help other important positions on Plaintiffs’ Executive and Steering Committees including:  In re: Stryker Rejuvenate and ABG II Hip Implant Products Liability Litigation, MDL Docket No. 2441; and In Re: Biomet M2A Magnum Hip Implant Products Liability Litigation, MDL Docket No. 2391.

In addition to his national litigation appointments, Mr. Kreis has also undertaken informal roles as de facto lead counsel in the national litigation including: Stryker Trident ceramic on ceramic hip litigation.  There, and, in the face of difficult express federal preemption defenses raised by the manufacturer, Mr. Kreis successfully secured one of only a few favorable opinions, post-Riegel v. Medtronic, defeating express preemption. This proved to be a watershed moment in the Stryker Trident litigation. Along the way, Mr. Kreis has become one of the most knowledgeable attorneys in the country regarding orthopedic related law and science. Mr. Kreis has gained the respect of his colleagues and has been asked to speak at many mass tort seminars and symposiums throughout the country during which he addresses the current status of, and interplay between, science and law in the context of the epidemiology of medical devices; the potential modes of failure (general and specific causation); and the pathology, histology and presentation of related injuries. These speaking engagements include: 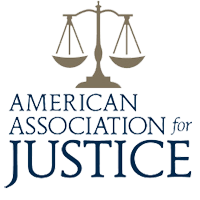 Mr. Kreis is admitted to all Florida state courts, the Northern, Middle and Southern District Courts of the United States; the 11th Circuit Court of Appeals; District Court of Colorado; and the Western District of Michigan. Mr. Kreis has also appeared (pro hac vice) and litigated in courts throughout the country including: Alabama, California, Georgia, Indiana, Kentucky, Massachusetts, Mississippi, Minnesota, New Jersey, New York and Pennsylvania. Additionally, Mr. Kreis is a member of the American Bar Association, the American Association for Justice (Co-Chair of Metal on Metal Hip Litigation), Former President of the First Circuit Trial Lawyers Association and the Escambia-Santa Rosa County Bar Association.