Lydia received her bachelor’s degree in Radio, Television, and Film with an English minor from Auburn University. While attending Auburn, Lydia competed as a member of the Varsity Women’s Soccer team, where she helped the lead the Tigers to a Southeastern Conference Tournament Championship in 2011.

Lydia attended law school at the University of Missouri-Kansas City School of Law, where she was a scholarship recipient on the National Trial Advocacy team. She also served as a Comment Editor for the UMKC Law Review, Parliamentarian for the Student Bar Association, member of the Phi Delta Phi International Legal Honor Society, and member of the Black Law Students Association. While attending law school, her law journal comment, “The Youth Sports Concussion Act and Why Congress Needs to Get Its Head in the Game,” was selected for publication and appeared in the UMKC Law Review.

Prior to joining AWKO, Lydia worked as a federal law clerk for Senior Judge Callie V.S. Granade on the United States District Court for the Southern District of Alabama.

Lydia is a member of the American Bar Association, American Association for Justice, and Delta Sigma Theta Sorority, Inc. Locally, Lydia serves as a volunteer advocate for The Secret Place Home, a volunteer Guardian Ad Litem for the 1st Judicial Circuit of Florida, and a member of Junior League of Pensacola. She has previously served in the American Bar Association’s Young Lawyer’s Division as the Liaison to the Judicial Division Pro Bono Week Committee. 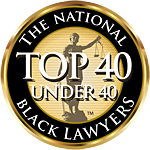 In 2019 and 2020, Lydia was named to the National Black Lawyers (NBL) “Top 40 Under 40” list, which includes lawyers under the age of 40 who have demonstrated superior leadership, reputation, influence, and stature.