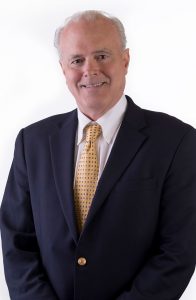 Additionally, he is board certified by the National Board of Trial Advocacy and The Florida Bar. Mr. Echsner has been involved in the following professional associations: Florida Bar Board of Governors, 2007 to present; Florida Bar Grievance Committee, First Judicial Circuit (Member 1991-1994); Florida Bar Fee Arbitration Committee, First Judicial Circuit (Member 1990-1993, Chairman 1991-1993); Escambia-Santa Rosa Bar Association (Member Executive Committee 1989-1991, President 1994-1995, Vice-President 1993-1994, Treasurer 1992-1993); the American Bar Association; the Florida Justice Association; the Association of Trial Lawyers of America; Florida Bar Military Law Committee; American Board of Trial Advocates (Treasurer 1995-1996, Secretary 1996-1997); and the Pensacola Chapter of the American Inns of Court. Mr. Echsner is a member of the Inns of Court; the Escambia-Santa Rosa Bar Foundation; and has chaired committees for the First Circuit of Florida, including The Florida Bar Presidential Pro Bono Award and the Tobias Simon Award since 2007.

In 1996, he was the recipient of the Florida Bar Pro Bono Award, First Judicial Circuit of Florida, for his representation of a convicted murderer that resulted in a reduction of a death sentence to a sentence of a term of years.

Mr. Echsner has lectured at professional seminars throughout the State of Florida on the subject of subrogation and liens in the context of personal injury and death cases under state and federal law and authored the “Florida Standard Jury Instructions on Damages,” Florida Civil Practice Damages, Sixth Edition, The Florida Bar, 2005.