Have a Safe Trip: Ridesharing and Personal Safety

Help Along the Way: Resources for Healing from Sexual Violence 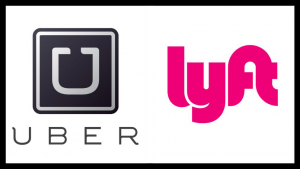 Ridesharing giants Uber and Lyft plan to offer public stock options this year.  These companies readily accept accolades – and the profits that come with them – for their innovative technologies and services. But who is held accountable when a rideshare goes terribly wrong? Based on their stances in previous and pending litigation, it appears that Uber and Lyft believe that their drivers are solely culpable for offenses; both companies have denied responsibility for their drivers’ misconduct and for wrongdoings carried out under the guise of their businesses. Many consumers, however, disagree with the stance of these ridesharing businesses.

Filing lawsuits against Uber and Lyft is one way rideshare customers demand accountability from the companies. For instance, according to CNN, a recent suit filed by three women in Los Angeles Superior Court asserts that Uber did not warn area residents about sexual perpetrators posing as “fake Uber drivers.” The plaintiffs claim that between September 2016 and February 2018, nine individuals were sexually assaulted by purported Uber drivers; the women believe Uber’s lack of initiative and oversight regarding fake drivers contributed to the execution of these offenses.

Uber and Lyft enjoy another benefit when they hire drivers as independent contractors: this status, the companies claim, limits their liability for drivers’ misconduct. According to Cornell Law School, the legal doctrine of respondeat superiorposits that employers may be held legally accountable for the offenses of their employees “if such acts occur within the scope of the employment or agency.” We see this doctrine at work in a 2016 suit against Uber, initiated by two women alleging they were sexually assaulted by rideshare drivers. In an attempt to block the proceedings, Uber asserted that because its drivers were independent contractors, the company could not be held legally accountable for their misconduct. U.S. District Judge Susan Illston declined to dismiss the case, ruling that the women had demonstrated the possibility that drivers were Uber employees acting within the scope of their employment.

In anticipation of its initial public stock offering later this year, Uber plans to release a safety-transparency report, which includes details regarding sexual assault allegations. While this is a step in the right direction, it does not mean that Uber is adequately responding to allegations of sexual assault. Our attorneys use the civil justice system to hold rideshare companies such as Uber and Lyft responsible for the sexual misconduct of their drivers. If you or someone you know has been assaulted by an Uber or Lyft driver, please contact our qualified attorneys for a free consultation.