The Hope of Posttraumatic Growth: After the Nightmare is Over, Trauma Survivors May Experience Profound Positive Changes 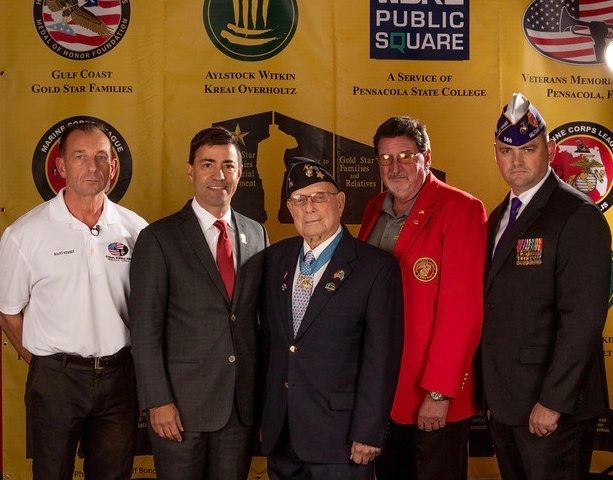 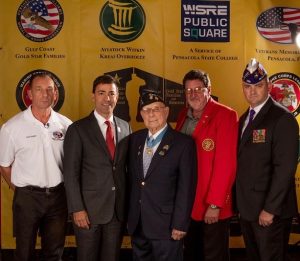 The Law Firm of Aylstock, Witkin, Kreis & Overholtz was honored to host World War Two Medal of Honor Recipient Chief Warrant Officer-4 Hershel “Woody” Williams, USMC, on December 20, 2019. This event was designed to assist Woody with raising money for Pensacola’s Gold StarFamilies Memorial Monument, which will be placed at the Veteran’s Memorial Park of Pensacola.

Hershel “Woody” Williams was born on a dairy farm on Oct 3, 1923 in Quiet Dell, West Virginia. He enlisted in the U.S. Marine Corps and served in Guam, Guadalcanal, and the Battle of Iwo Jima with the 21st Marines, 3d Marine Division.

During the Iwo Jima battle, Woody displayed “valiant devotion to duty” and service above self by destroying seven pill boxes as a flame thrower under enemy fire and clearing a lane for friendly forces the iconic day the U.S. flag was raised on Mount Suribachi. His actions, commitment to his fellow service members, and heroism were recognized on Oct 5, 1945, when he received the Congressional Medal of Honor from President Truman at the White House.

To take care of the families of our fallen Comrades is always the first amongst the duties in our lives. Woody Williams who survived the Battle of Iwo Jima, no small feat in itself, took the fight to the most determined of enemies to help win a battle that would determine the course of history in our time.  At 96, Woody brings the same dedication to duty he had on Iwo Jima to making remembrance for the families of our fallen possible. 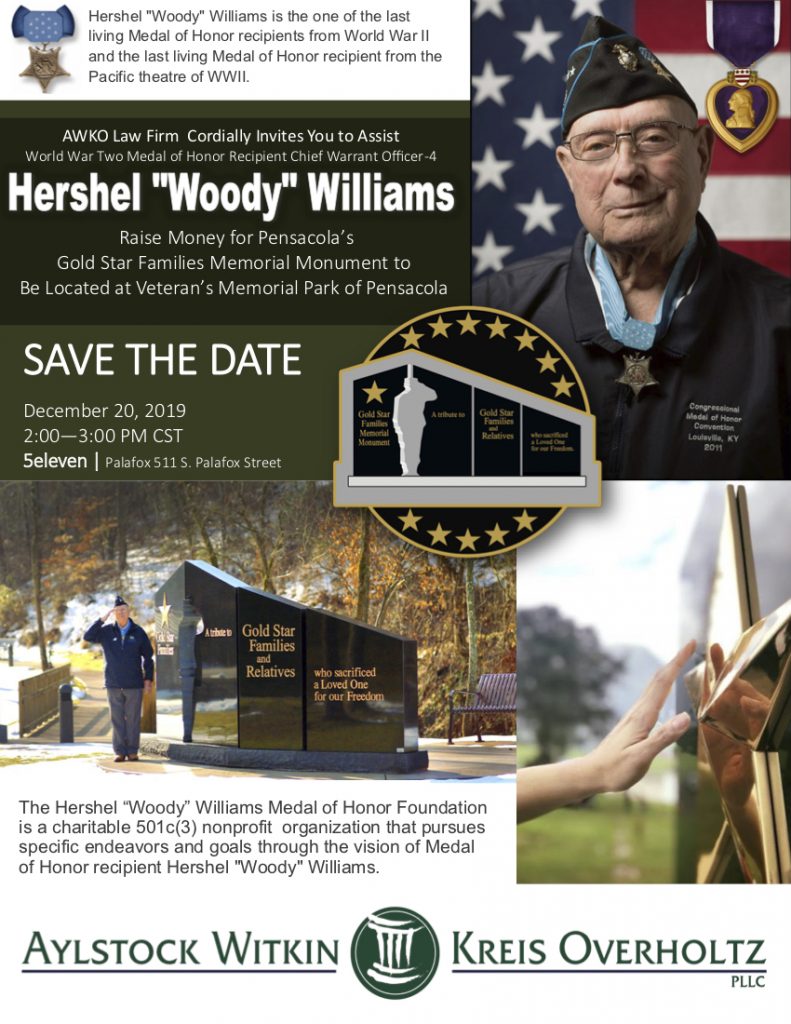