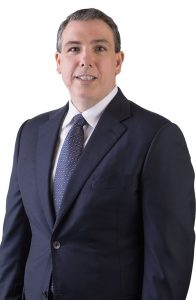 Recently, Mr. Overholtz has the distinction of having been appointed as national counsel on the Plaintiffs’ Steering Committees for several federal products liability MDL’s (Mullti-District litigations), including the Trasylol MDL pending in federal court in West Palm Beach, Florida, before the Honorable Judge Middlebrooks, the Viagra MDL in the District Court in Minnesota, before the Honorable Judge Magnuson, as well as the Medtronic Sprint Fidelis Lead Wire MDL before United States District Court Judge Richard Kyle. Additionally, Mr. Overholtz has served as co-lead counsel in the In Re America Online, Inc Version 5.0 Software Litigation, MDL Docket No. 1341 (S.D. Fla), helping to negotiate a cash settlement for affected AOL members in excess of $15 Million as well as significant injunctive relief.

Mr. Overholtz graduated from the Stetson University College of Law in 1999. Before attending college, Mr. Overholtz graduated Valedictorian from Crestview High School in Crestview, FL. While in law school, Mr. Overholtz was an associate member of the Stetson Law Review and participated in Stetson’s Trial Advocacy Program which was ranked number one in country by U.S. News and World Report from 1995-1999. Mr. Overholtz received Highest Grade Honors in several classes including Torts and Property. During law school he was nominated three times to the National Dean’s List of law students. In law school, Mr. Overholtz served as an Honors Intern to the Honorable Elizabeth Jenkins on the United States District Court for the Middle District of Florida. From 1999-2001 Mr. Overholtz volunteered as coach for the Tate High School Mock Trial Team, who won the 2001 Florida State Championship, finishing 6th nationally. 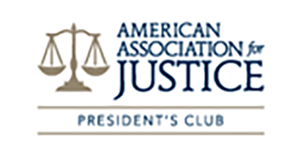